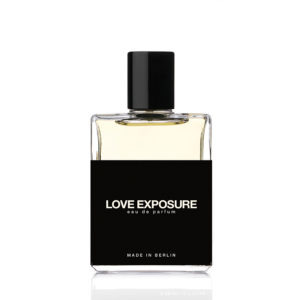 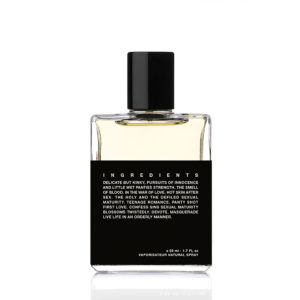 Love Exposure is inspired by the 2008 Japanese film of the same name
directed by Sion Sono. The film focuses on a young man raised as a strict Roman
Catholic who begins taking upskirt photos. Perfumer Mark Buxton was inspired by the
film’s themes of love, lust, violence, sex and religion. These elements coalesce into a
woody, musky floral fragrance with a unique character. The fragrance opens with a
delicate magnolia accord, touched by the faintest hint of ylang-ylang and brightened
by verdant neroli and cassis. It isn’t long before this seemingly clean floral fragrance
is joined by animalic notes of costus root, indolic jasmine, cumin and ambergris,
which add depth and character. Violence is represented by an accord of bucchu, bay
and metallic notes, which work together to produce a blood accord. Base notes of
musk, vanilla and sandalwood create the illusion of hot, wet skin and a touch of amber
an incense symbolize the recurring theme of religion.

KEY ELEMENTS OF THE PERFUME

Product Code: 5201111400245 Categories: Beauty & Scents, Perfumes & Oils Tags: heart, love, man, moth and rabbit perfumes, perfumes, scents, unisex, woman Designer: Moth and Rabbit Perfumes
Established in 2016, Moth and Rabbit Perfumes (M.A.R.) is a Berlin and Paris based Contemporary Perfumery using the principle of reproduction and transformation - the symbols for Moth and Rabbit - to tell stories with and through perfumes. Under the direction of Elke Filpes and SeongNam Choi and in collaboration with the legendary perfumer Mark Buxton, M.A.R. has released 11 unisex perfumes so far, each thrillingly unique and tonally different. What interests MOTH and RABBIT PERFUMES is to create a new way to memorise scent, making every perfume a multisensory experience. Every perfume is inspired by a movie and its whole aesthetics. Through the storytelling the way to memorize becomes completely different and it leads you to a different way of knowing scents. Olfactive stories revolve around the portrayal of the contemporary society. The packaging is purpusefully very minimalistic as the scent and the story are the key elements enabling the ingredients to tell their own stories. In other words the narrative and the olfactive products dialectically help to construct, transform and reproduce each other over and over again.
Back 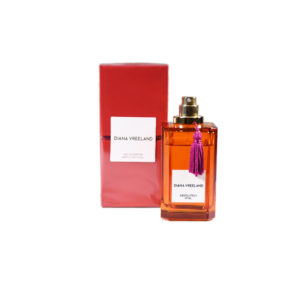 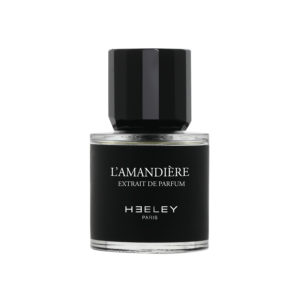